Refugee Dinners began as very simple idea in the winter of 2016: to build bridges between locals and new comers to Berlin, Germany, in the most simple and profound way, around a dinner table.

Learning that most emergency shelters housing refugees and asylum seekers have no kitchens, and how much the women miss cooking and hosting, I started inviting some of these women to cook in the kitchen of our home. We soon grew close with a group of women, from Syria and Iraq, and started sharing our experiences, sorrows and joys with each other, as well as helping each other outside of the bi-weekly cooking events. Friendships were formed - we found flats, jobs, and assistance together, I met their husbands, played with their children. Very quickly it became more than just dinners. The word got out, and more and more people wanted to come and other people wanted to start their own supper clubs. So, this platform was born to help others open their homes, to share their traditional meals and stories, to find new friends, to help with integration in a small way. To build bridges. 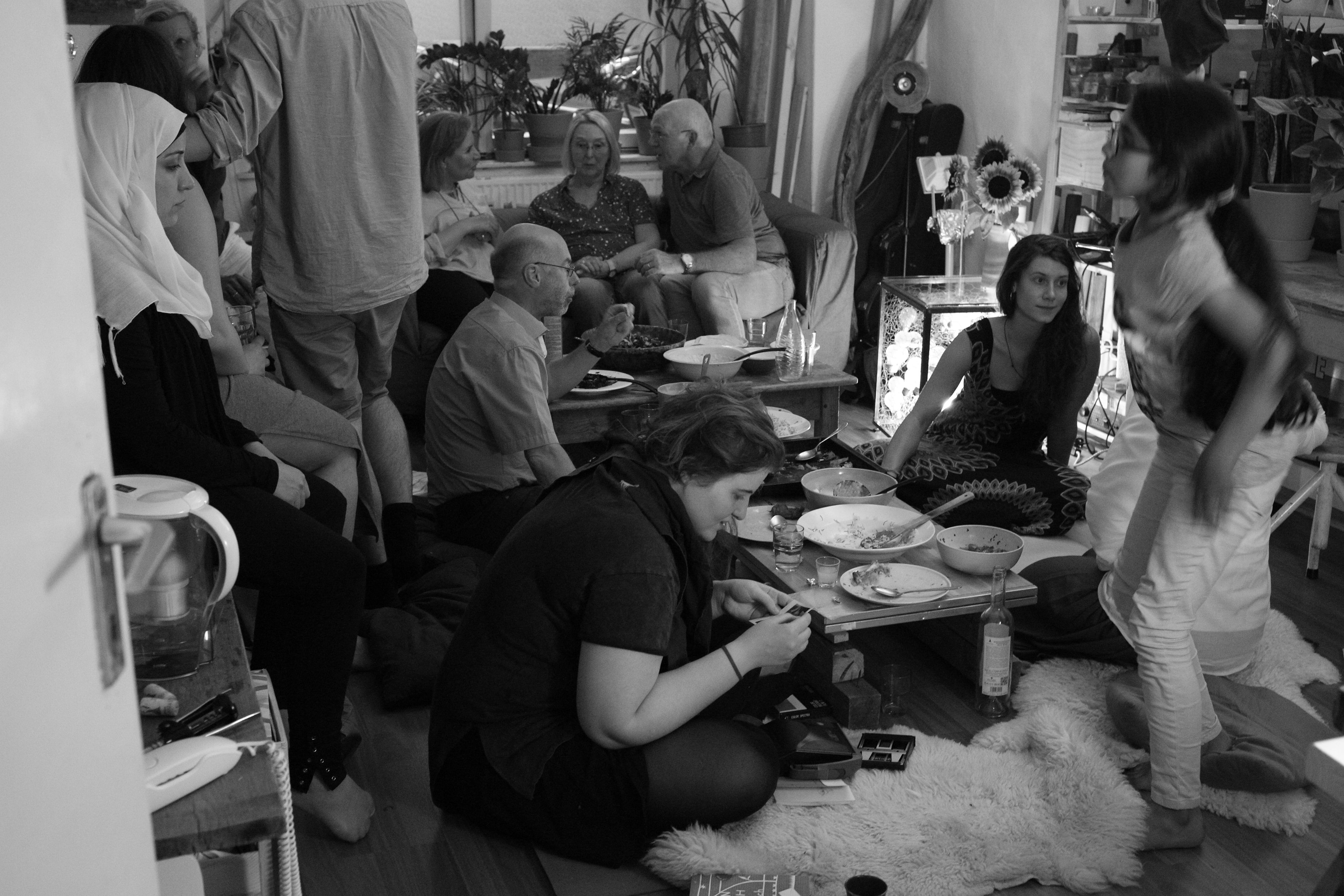 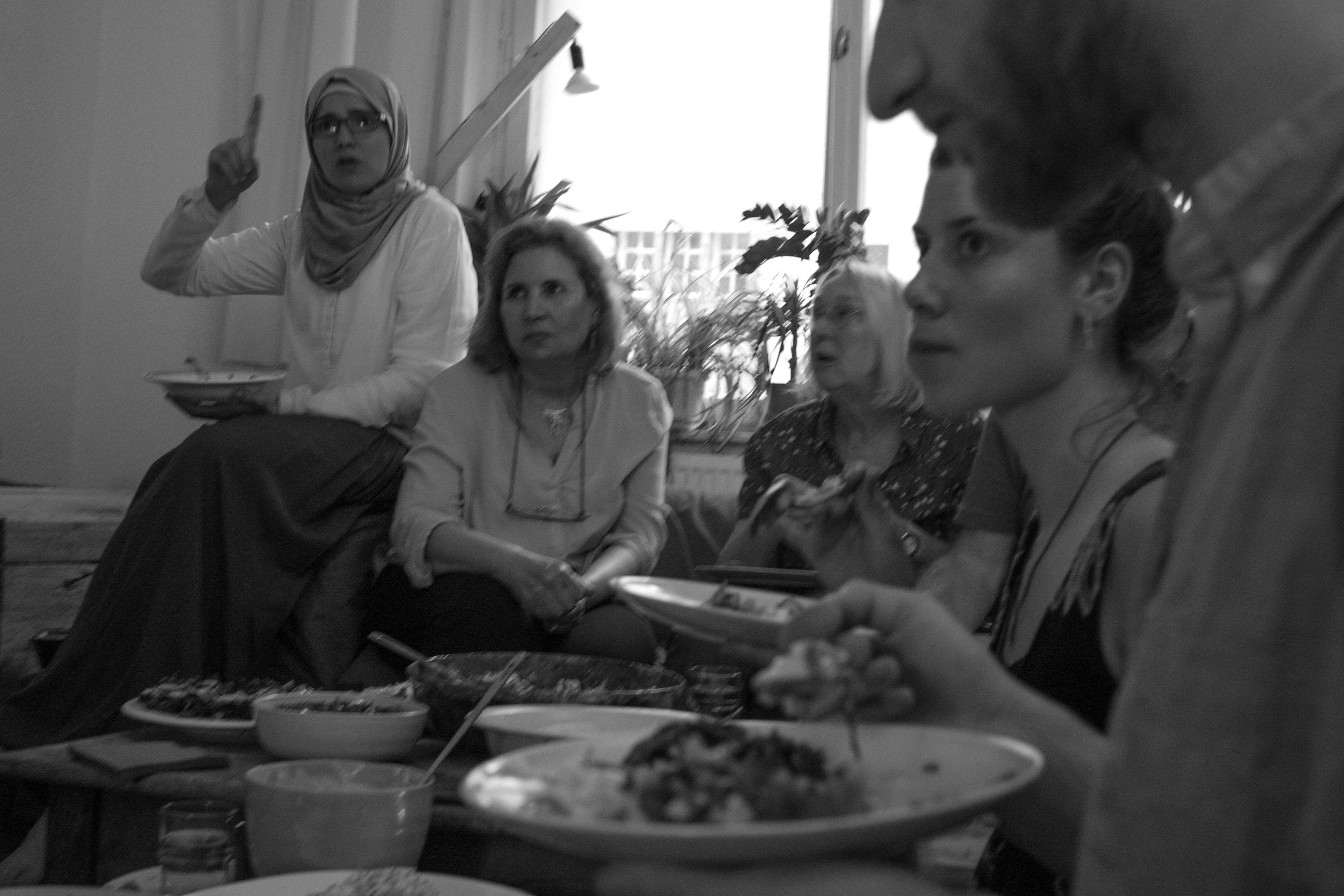 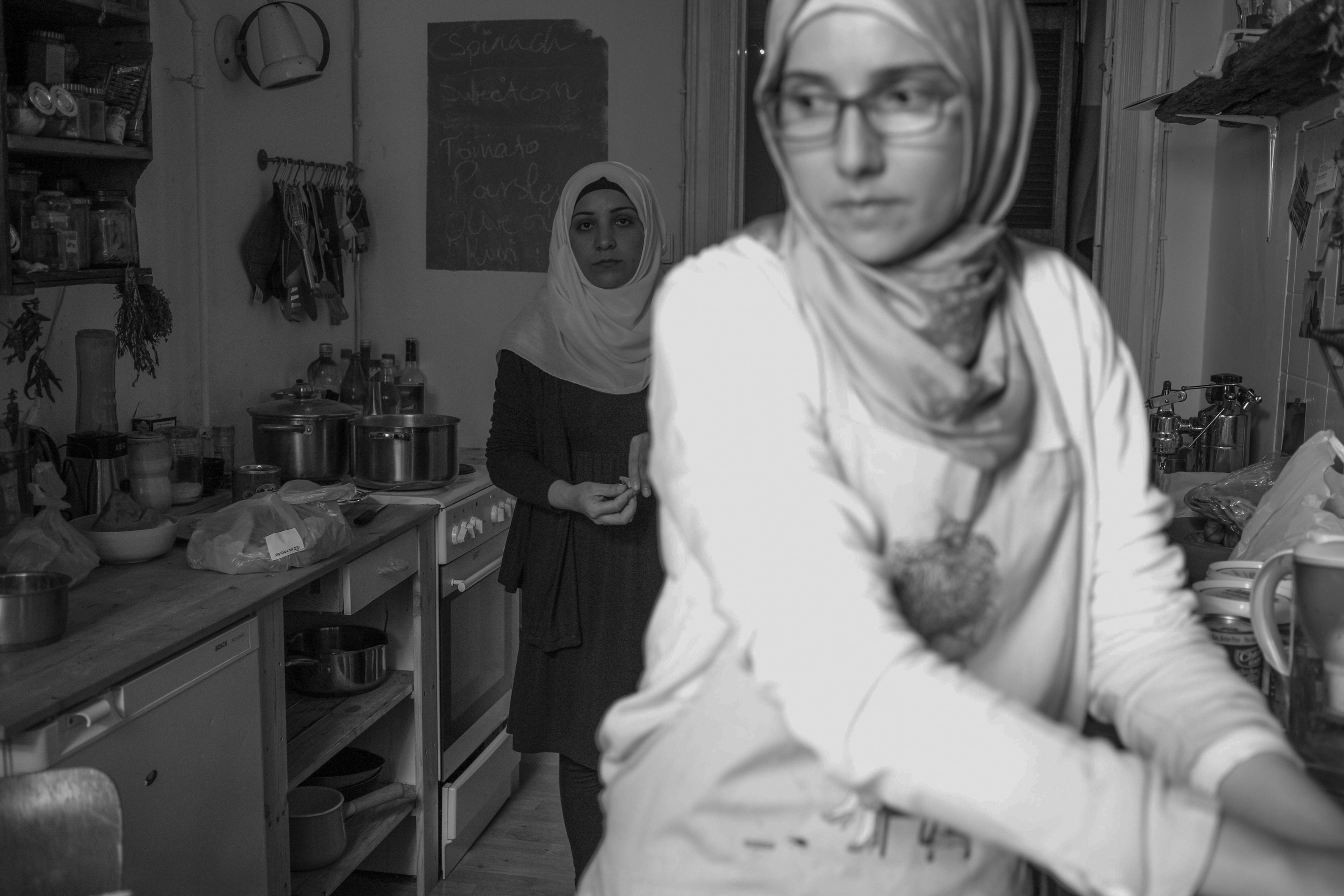 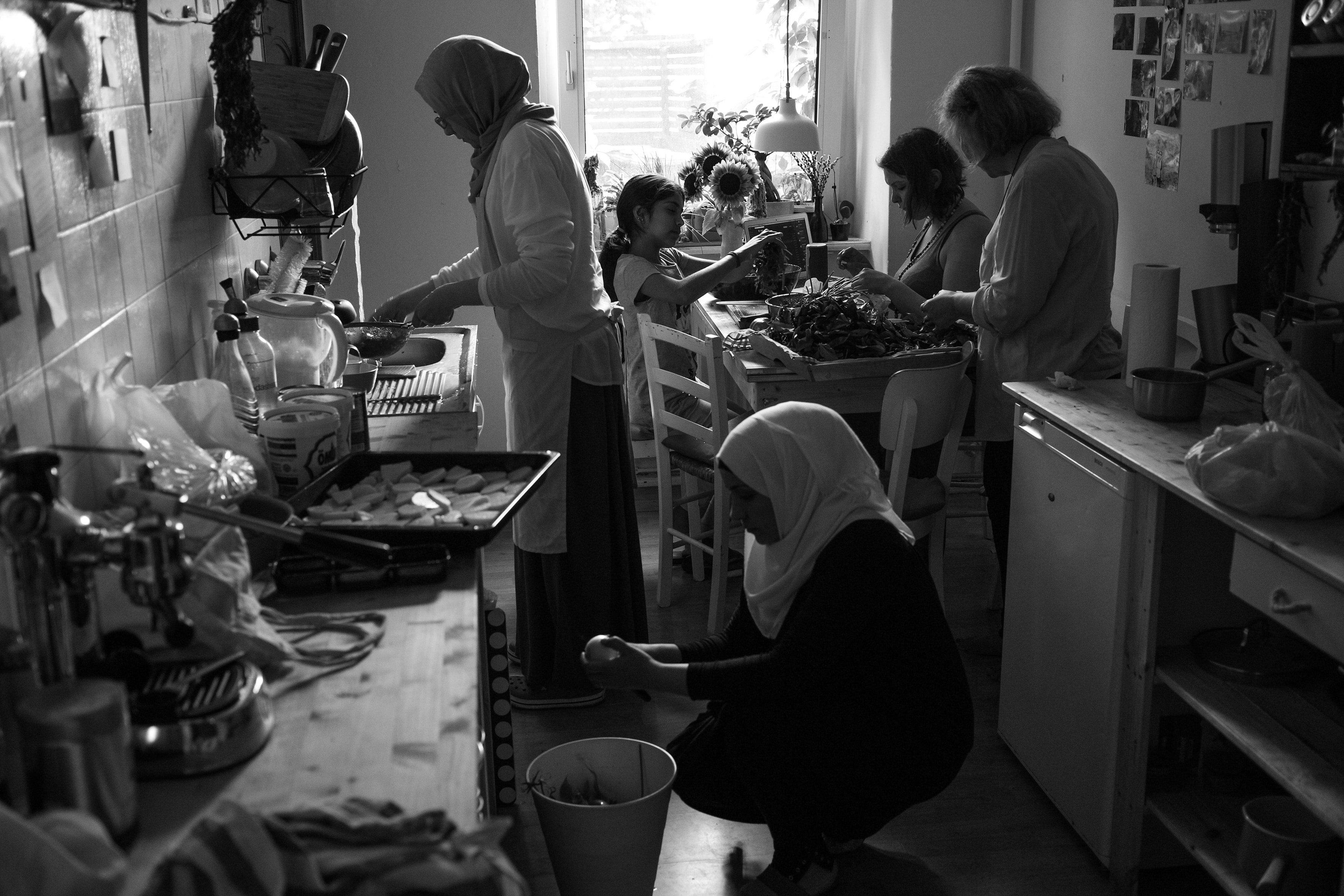 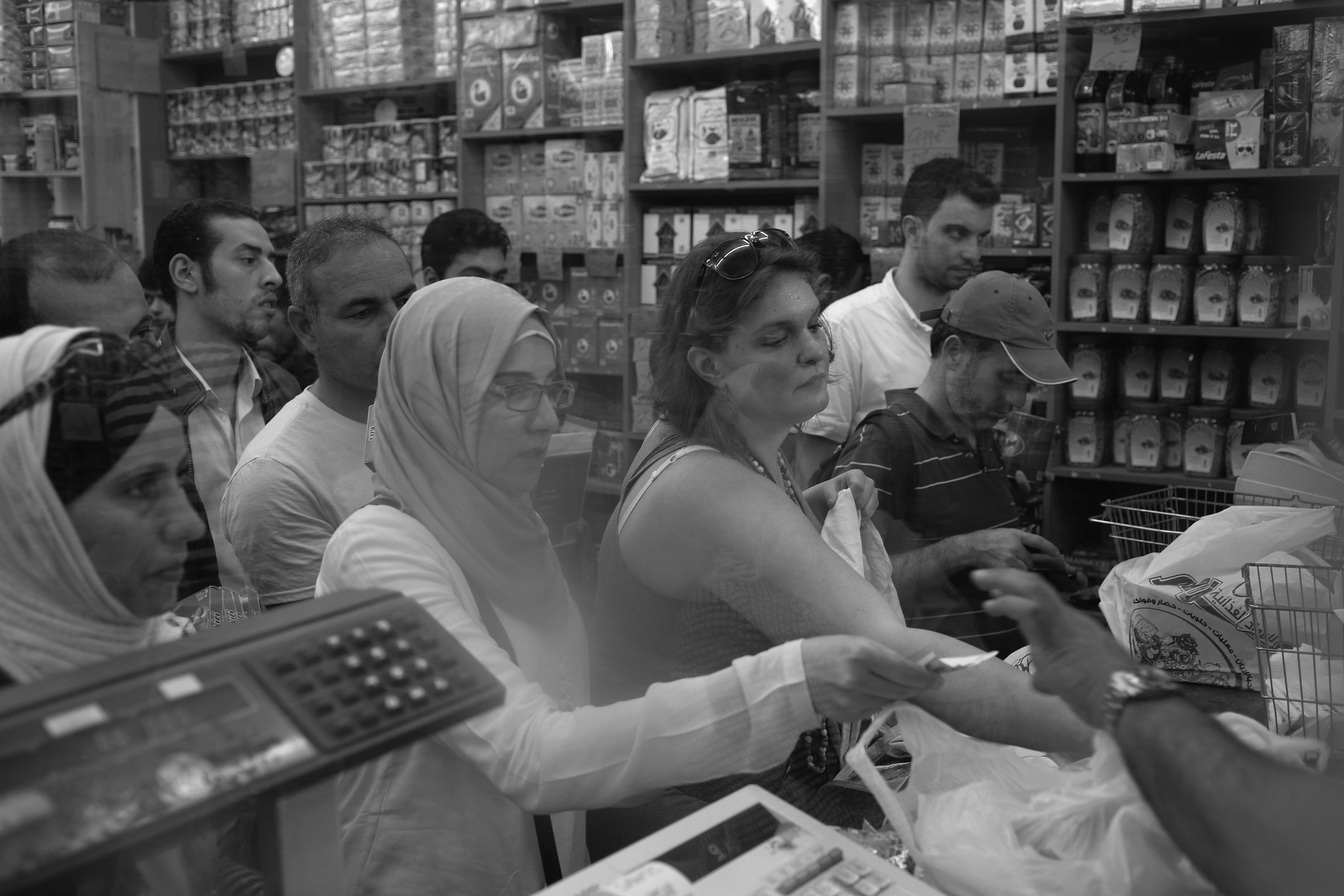 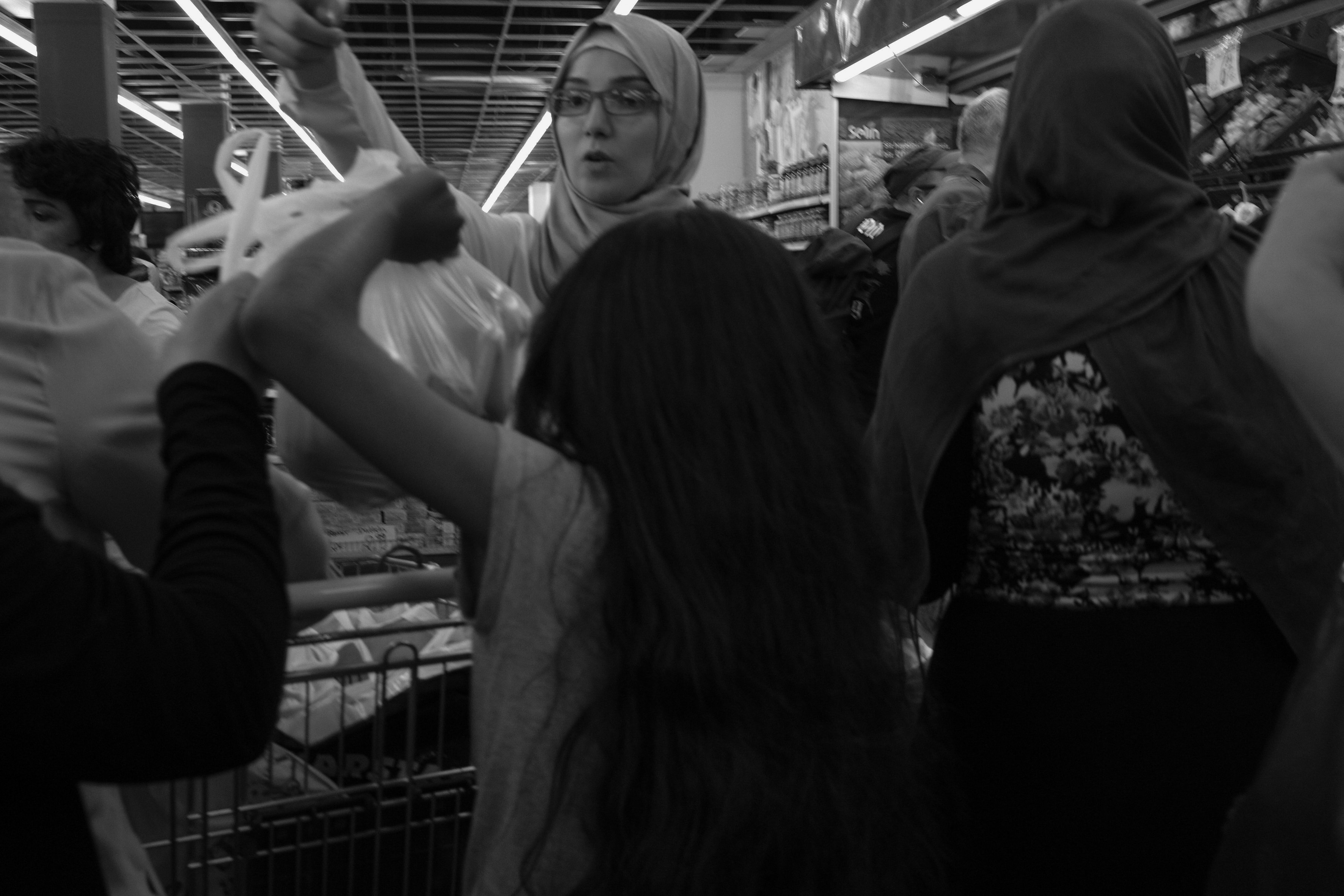 Are we not available in your town yet? Do you not have the time/energy/opportunity to participate in the dinners but would like to contribute to our work? Please, donate a small amount to help us reach more people with our initiative and to create more colourful programs in order to help new comers integrate! I would like to donate

It was six o’clock on a Saturday night as I rushed out the door of my flat. I hopped on the U and headed to Anna’s apartment not knowing what to expect.

How can a crisis turn into a food trend? Through charity!

Welcome to our brand new site!!! Yay! Many of you have accompanied us along the way, and know that this …

Please, get in touch, share your motivation, concerns and questions. We will get back to you as soon as possible.
become a guest

Join a dinner nearby! We are working on creating Refugee Dinners in as many places as possible, to be able to help integration. All you have to do is sign up for one of the available dates nearby, and then to arrive with a full heart and an empty stomach! The money, you donate for the event will be given to the cooks*

*After covering the expenses of the dinner.
Become a cook

We believe that food connects. We believe that food is essential part of a culture. We believe that friendships can be built around a dining table. We believe, this project can, in some small way, help the new comers of a city. If you are a new comer, who loves to cook and is eager to meet new people, practice a new language, share a story and many delicious dishes, please get in touch! Bring your friends along, too if you want and let’s find a suitable host for you who offers their home and friendship.
We are providing you with all the necessary information, are helping to put you in touch with the hosts in your neighbourhood, and are sending potential guests in your way too.

Please, get in touch, share your motivation, concerns and questions, we will get back to you as soon as possible.

You don’t need much to become a host, really! A free day every once in a while, a well-equipped kitchen and enough space to have a bunch of people seated. If it’s on the floor, on pillows, it’s great, if you have a long kitchen table, also perfect – there are no rules, as long as, along your door, you can open your heart. We are providing you with all the necessary information, are helping to put you in touch with a refugee centre nearby, and are hooking you up with potential guests too. Please, get in touch, share your motivation, concerns and questions, we will get back to you as soon as possible.

Thank you for your message, we will get back to you as soon as possible!